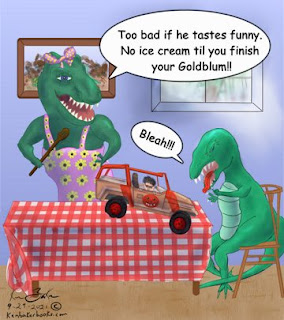 It’s true. T-Rex just joined the picky eaters club. Researchers in Japan recently discovered that T-Rex had nerve sensors in its jaw that allowed it to discern the tastiest parts of its food. They compare T-Rex’s complex distribution of nerves to that of today’s crocodiles and tactile-foraging birds, which have extremely keen senses.*

What does that mean? If you didn’t taste good, T-Rex was likely to spit you out.

Want to share other, but perhaps more child-friendly T-Rex facts with your young ones? Check out “How to Care for Your T-Rex.”

Email ThisBlogThis!Share to TwitterShare to FacebookShare to Pinterest
Labels: comic, educational, fun facts, How to Care for Your T-Rex, T-Rex 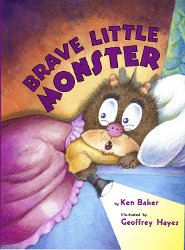 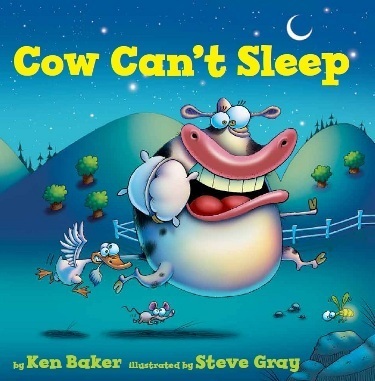